Bouchier appoints new CEO to guide company into the next decade

Gladu is formerly the president and CEO of the Canadian Council for Aboriginal Business (CCAB), based in Toronto. Anishinaabek from Thunder Bay, Gladu is a member of Bingwi Neyaashi Anishinaabek. Gladu has over twenty-five years of experience in the natural resource sector. His career path includes work with Indigenous communities and organizations, environmental non-government organizations, industry and governments from across Canada.

“JP is a thoughtful, talented leader and gifted collaborator. We are so fortunate that he’s bringing his experience to Bouchier,” says Nicole Bourque-Bouchier, co-founder and current CEO of Bouchier. “He has extensive experience in the natural resource sector, but his ability to bring together non-Indigenous and Indigenous businesses toward sustainable partnerships and shared economic prosperity has made him the ideal successor to take us into the future.”

Nicole Bourque-Bouchier will step into her role as president, while founder David Bouchier will assume strategic responsibilities as chairman of the Board of Directors. A skills-based Board of Directors will be established in early 2020. Through its strategic planning work, the Bouchier team has built a comprehensive plan to allow for a seamless transition of responsibility for the new CEO and board members.

“This is a monumental step forward for our company,” says David Bouchier. “We are optimistic about the growth potential in this region and have established some ambitious goals for the next decade. This change in leadership will give us the opportunity to focus on our strategic vision.”

The Bouchier story began over 20 years ago, at a time when oil production operations were sparse and in start-up conditions across northern Alberta. Equipped with a used Caterpillar dozer, a passionate entrepreneurial spirit and a commitment to doing the right thing for his clients and his community, Bouchier quickly gained a reputation for delivering projects on time and budget, with an uncompromising commitment to excellence and project safety.

“I am honoured to be joining the team and am thrilled to lead alongside these trailblazers,” added Gladu. “Bouchier is one of the most successful and respected Indigenous-owned companies in our country. Their values mirror my own and I look forward to adding to the Bouchier legacy of solid work ethic, strong business relationships and unwavering commitment to enriching Indigenous peoples’ lives and communities.”

Bouchier is a fast-growing Alberta success story and is 100% Indigenous-owned. With more than 1,000 employees, the company aspires to grow its Indigenous workforce to 48% within the next five-years. Bouchier recently expanded their service offerings from road maintenance and construction, to include facilities management, engineering, procurement and construction.

Bouchier supports most of Canada’s largest oil producers and oil sand operators. Over the past ten years, together with their clients and staff, they have invested thousands of volunteer hours and over $4 million dollars into the Wood Buffalo Region to enhance the quality of life for residents, focusing on youth, female empowerment and Indigenous heritage and community.

About Bouchier
Owned by David Bouchier, of the Fort McKay First Nations and his wife Nicole Bourque-Bouchier, of the Mikisew Cree First Nations, The Bouchier Group is one of the largest Indigenous-owned and operated companies in the Athabasca Oil Sands region, providing site service offerings from Road Maintenance and Construction to Facilities Management (FM) to Engineering, Procurement & Construction (EPC). 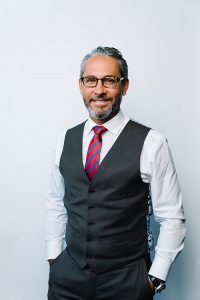 Jean Paul (JP) Gladu is formerly the president and CEO of the Canadian Council for Aboriginal Business (CCAB) based in Toronto. Anishinaabek from Thunder Bay, JP is a member of Bingwi Neyaashi Anishinaabek located on the eastern shores of Lake Nipigon, Ontario.

JP completed a forestry technician diploma in 1993 and earned an undergraduate degree in forestry from Northern Arizona University in 2000. He also holds an Executive MBA from Queens University and an ICD.D from Rotman School of Management at the University of Toronto.

JP has over twenty-five years of experience in the natural resource sector. His career path includes work with Aboriginal communities and organizations, environmental non-government organizations, industry and governments from across Canada. He speaks extensively across Canada and internationally, on the challenges and successes of Aboriginal business in Canada.

Currently, JP serves on the Board of Ontario Power Generation and Noront Resources as well as the Canadian Electricity Association Public Advisory Panel. He has most recently been appointed as the Chancellor of St. Paul’s University College Waterloo. His previous appointments include Colleges and Institutes Canada (previously ACCC), the Northern Policy Institute, Canadian Foundation for Economic Education, advisory member to the Canadian Association of Petroleum Producers, and a committee member to the Provincial Forest Policy Committee. In 2014, JP was identified as a Diversity 50 Board Ready Candidate from the Canadian Board Diversity Council and is a recipient of the Community Service Award – Transformation Awards – from Diversity Magazine.

As a father to his young daughter Chloe, along with a passion for his community, his culture and traditions, JP brings the past, present and future to the table, moving non-Aboriginal and Aboriginal business toward sustainable partnerships and shared economic prosperity. 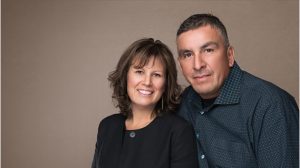 David was born and raised in Fort McKay, Alberta, and is a member of the Fort McKay First Nation. He founded Bouchier as a contracting services company in 1998. In 2004, David co-founded The Bouchier Group with his wife Nicole to provide additional site services to the Athabasca oil sands region.

David has extensive experience in the heavy equipment industry and has served as the General Manager for the Muskeg Mountain Limited Partnership, a First Nation-owned contracting company at the Fort McMurray Shell site. There, he was integral in the startup operation of the mine site.

David has been honoured with numerous awards, including the Fort McKay Entrepreneur Award as well as the Ernst & Young Oil and Gas Entrepreneur of the Year Award.

Enjoying life in the Wood Buffalo region, along with his wife and children, is something that David values. He is committed to contributing both at a business and a personal level to the place he calls home. As a past and current Councilor of the Fort McKay First Nation, David works tirelessly to serve his community.

Nicole Bourque-Bouchier
Nicole was born in Fort Smith, Northwest Territories, raised in Fort McMurray, and is a member of the Mikisew Cree First Nation. Together with her husband Dave, Nicole co-founded The Bouchier Group in 2004.

She has served on the boards of numerous non-profit organizations such as the Keyano College Board of Governors and president of the Northeastern Alberta Aboriginal Business Association. She currently sits on the Alberta Apple Schools Foundation and the Indspire Board of Directors.

Nicole has been honored with numerous accolades including the Ernest & Young’s Oil & Gas Entrepreneur of the Year Award, Canada’s Top 100 Most Powerful Women, accepted the MacEwan University Allard Chair in Business and named as one of Your McMurray Magazine’s Top 50 Under 50. Nicole was also recently awarded the prestigious Indspire Award for Business & Commerce and named the 2019 Indigenous Women in Leadership recipient by the Canadian Council for Aboriginal Business.

Nicole is passionate about elevating other Indigenous women and believes in leading by example. Not only does she empower other women by having the top job in a male-dominated field, in 2013, Nicole spearheaded an ad series called Paving Pathways to Success applauding Indigenous Women in Business, a campaign that recognized eight local women who added value and awareness to Indigenous women’s economic security in the region.

Put Our Experience to Work for You